WREXHAM FOOTBALL CLUB : (Welsh: Clwb Pêl-droed Wrecsam) is a Welsh football club based in Wrexham, Wales. Formed in 1864, they are the oldest club in Wales and the third oldest professional football team in the world.

TOMMY BAMFORD is one of THE legends of Wrexham Football Club. He holds a number of goalscoring records for the club, including a record tally of
174 league goals, and the most league goals in a season, 44, during 1933/34.
At the relatively late age of 23, he started his league career with Wrexham after playing most of his earlier football in the local leagues around South Wales.
Tommy's debut in the Football League got off to great start, with a return of six goals in his first seven games at the end of 1928/29.
While his International career with Wales was to start similarly, with a goal on his debut against Scotland at Hampden Park.
His goalscoring record soon began to attract the attention of bigger clubs, and in 1934 he was transferred to Manchester United, where he went on to win the Second Division Championship, before returning to South Wales to sign for Swansea Town, where he stayed until the outbreak of WW2.
During this period he did play for Wrexham once again, as a 'guest' player, scoring a further eight goals from 14 appearances.
Αναρτήθηκε από Wrexham Fc Greek Supporters
Αποστολή με μήνυμα ηλεκτρονικού ταχυδρομείου BlogThis!Μοιραστείτε το στο TwitterΜοιραστείτε το στο FacebookΚοινοποίηση στο Pinterest 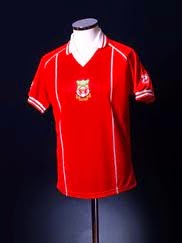 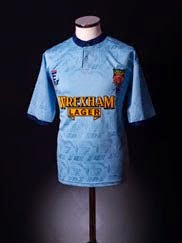 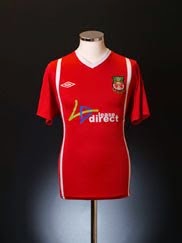 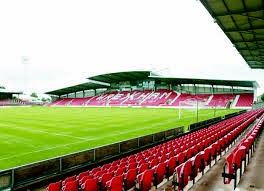 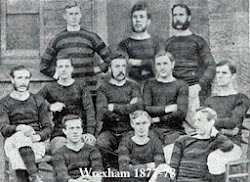